I visited Belfast as Shadow Northern Ireland secretary and was happy to support GMB and Unite trade unions who were fighting to prevent the Harland and Wolff shipyard from closing, whilst Boris Johnson snuck in and out of Northern Ireland without meeting the workforce.

It’s not just people’s jobs at risks, it’s also an industry that our future generations will depend upon, and the Conservatives are quite happy to see it disappear like the Titanic.

I was fortunate enough to meet with different charities and organisations that contribute to Real Change, a fund for Rochdale people that pays for items needed to end and prevent homelessness and support those who are homeless because mental health, alcohol, or gambling issues. Their ‘alternative giving model’ allows members of the public a direct way to give money, other than on the streets.

By donating on their website, the money goes directly to people who need it, and used for that purpose by charities and organisations who have access to the fund. Not a single penny goes to salaries for running the campaign, because the partners have committed their time and resources to run the campaign for free.

Thanks to the donations given to Real Change, people have a place to turn to and it only strengthens my belief in people’s commitment to care for others.

There are other charities in Rochdale and Greater Manchester who are there to help the homeless, and many people donate directly to them, but you can donate to Real Change by visiting: 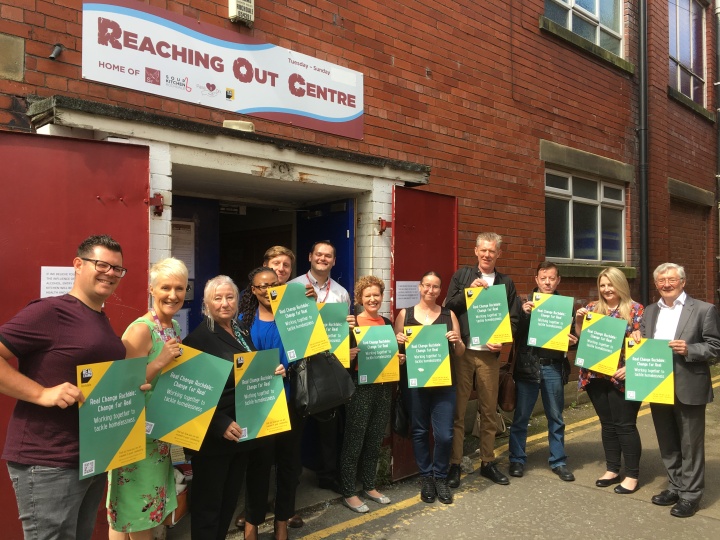 I also met with the enthusiastic participants of the National Citizen Service, who work with 15-17-year olds and provide them with the skills and confidence for going into further education or starting work. I was very impressed with their presentations on the brilliant work they have done so far, and I really enjoyed our chat on teamwork in politics, and on topics such as homelessness, mental health, and the environment. Their next phase of the programme focuses on local community campaigning, and I’m looking forward to hearing of the work they will carry out in Rochdale.

Regular readers may recall in my last Letter to Parliament where I met with eight-year-old Jack Adams at the Plastic Patrol clean-up event on the banks of Rochdale Canal.

After watching a David Attenborough documentary with his Gran on the amount of plastic in the Mariana Trench, Jack felt angry and concerned to write to me regarding his concerns. I invited Jack to my office to meet with Arron Dixon, who runs the Paper Concept, a Rochdale-based family business that makes affordable biodegradable straws, party and ecoware, to talk about how businesses can reduce the amount of single-use plastic packaging they use.

I also discussed Jack’s ideas on how he can locally campaign to make a change, starting with his own school in Healey by making recycling posters, and arranging litter-picking events at playtime.

Whilst it was a day of celebration, we took time to remember and stand in solidarity with the people of Kashmir following the Revocation of Article 370.

I attended a residents’ meeting in Castlemere, with local councillors and Liz McInnes MP, to discuss tensions rising between Pakistan and India over the Kashmir region. We need to make representations to the Indian government to de-escalate the current situation over Kashmir, and I have written a letter to the Foreign Secretary and the High Commissioner regarding the revocation of Article 370. This was an astonishing decision by the Indian government. At a time we could have looked for the new government to move to de-escalate the situation, they have chosen the opposite.

On 16 August 2019, I gathered with Rochdale Mayor Councillor Billy Sheerin and local Councillors at St Chad’s church to remember Abel Ashworth and William Kershaw, both of Rochdale, who were injured at the Peterloo Massacre. 200 years ago, 6,000 Rochdale and Middleton men, women, and children marched to St Peter’s Field in Manchester.

They joined a large crowd gathered in peaceful demonstration to demand representation in Parliament and the right to vote. Attempting to break up the demonstration, the Manchester and Salford Yeomanry then charged into the crowd and began slashing at the protesters with their sabres.

Two-year-old William Fildes was knocked from his mother’s arms and trampled to death by horse. He was the first victim. 17 more people were killed and at least 600 were injured. The authorities tried to cover-up what happened at St Peter’s Field and tried to paint the peaceful protesters as rebellious troublemakers.

The incident became known as Peterloo – an ironic reference to the Battle of Waterloo – and we must remember the blood spilled by our ancestors who demanded a voice in our politics, and their bravery which began the long shift in the balance of democratic power from the ruling elite to the working class.

On Friday 30 August, local homeliness charity Petrus for invited me to celebrate with them their achievement of a silver medal, and the People’s Choice award, at the recent RHS Tatton Flower Show. Their display ‘Petrus Paradise’ was based on the Persian Gardens, which aimed to raise awareness of the support they provide for people who are homeless or at risk of homelessness.

It was a pleasure to congratulate Rachel Bennion and the service users who worked very hard on the display which featured water displays, mosaics, and a sheltered area which represented safety, respite, sanctuary, and relaxation.

I also met with Raise the Rate campaigners to call on the government to increase the core funding rate for 16 to 18-year-old students, and ensure that the Rochdale’s schools and sixth forms and colleges receive the funding they need to deliver a world class education to our young people. Funding has been frozen since 2013, while costs have risen. Funding needs to increase by at least £760 per student, and the promises made by the government fall way short of this.

It’s not been a good start for Prime Minister Boris Johnson. Following his sixth parliamentary defeat in six days, he shut down parliament amid chaotic scenes in the early hours of Tuesday 10 September. Speaker John Bercow told the House that ‘this is not a standard or normal prorogation.’

Even the Scottish courts agree, as they have ruled that prorogation was unlawful and judged that the government misled the Queen. The ruling highlights that we have a government which thinks it is above the law and is able to dodge scrutiny. It is important that Parliament is recalled so MPs from across all parties have the opportunity to scrutinise these documents and take all precautions available to stop No deal.

MPs forced the release of the Yellowhammer document before Parliament was suspended. It outlines a worst-case scenario a No deal Brexit could lead to a ‘decrease’ in certain types of fresh food, and a ‘shorter supply’ of key ingredients; an increase in the cost of food and fuel, which would ‘disproportionately’ affect those on low incomes; ‘disruption lasting up to six months’ affecting medicines and medical supplies; and a two day wait for lorries to cross the English Channel. Is it any wonder that the document warns of ‘protests, and counter-protests, across the UK’?

The release of the Yellowhammer No Deal planning document confirms the severe risks of a No deal Brexit, which Labour has worked hard to block, and the irresponsibility of the government which has have tried to ignore these warnings and prevent the public from seeing the evidence. Boris Johnson must be truthful with the British people about the consequence of a No deal Brexit.

I voted against the government in order to stop No deal Brexit, and we will legislate against Boris Johnson crashing out with No deal. With Boris Johnson shutting down Parliament and failing to make any progress in negotiations with the EU, we have been forced into these taking these steps in order to prevent a disastrous No deal Brexit on 31 October. Boris Johnson is in a very desperate position; he is the first Prime Minister to lose his first Commons vote since Lord Rosebery in 1894, and, by sacking 21 of his own MPs, we now have a minority government.

I would welcome a general election in order to sweep away the Conservative government, and to end austerity and invest in our communities.

However, I cannot support an election on Boris Johnson’s terms, to use a general election to force through a disastrous No deal Brexit.

No deal must be taken off the table first.